I started a post telling y'all what all we did during our time of homelessness when I forgot to even tell you that Tom has officially graduated from Covenant Seminary. We are so proud of him. He has worked hard! It is good to finally be finished. We go through various seasons in the span of our lives and in our marriage. Thoroughly seminary was a difficult season. A good one for sure, and it was also during this time that we grew into a family - but it was difficult non the less. It is good to be done, have I said that? 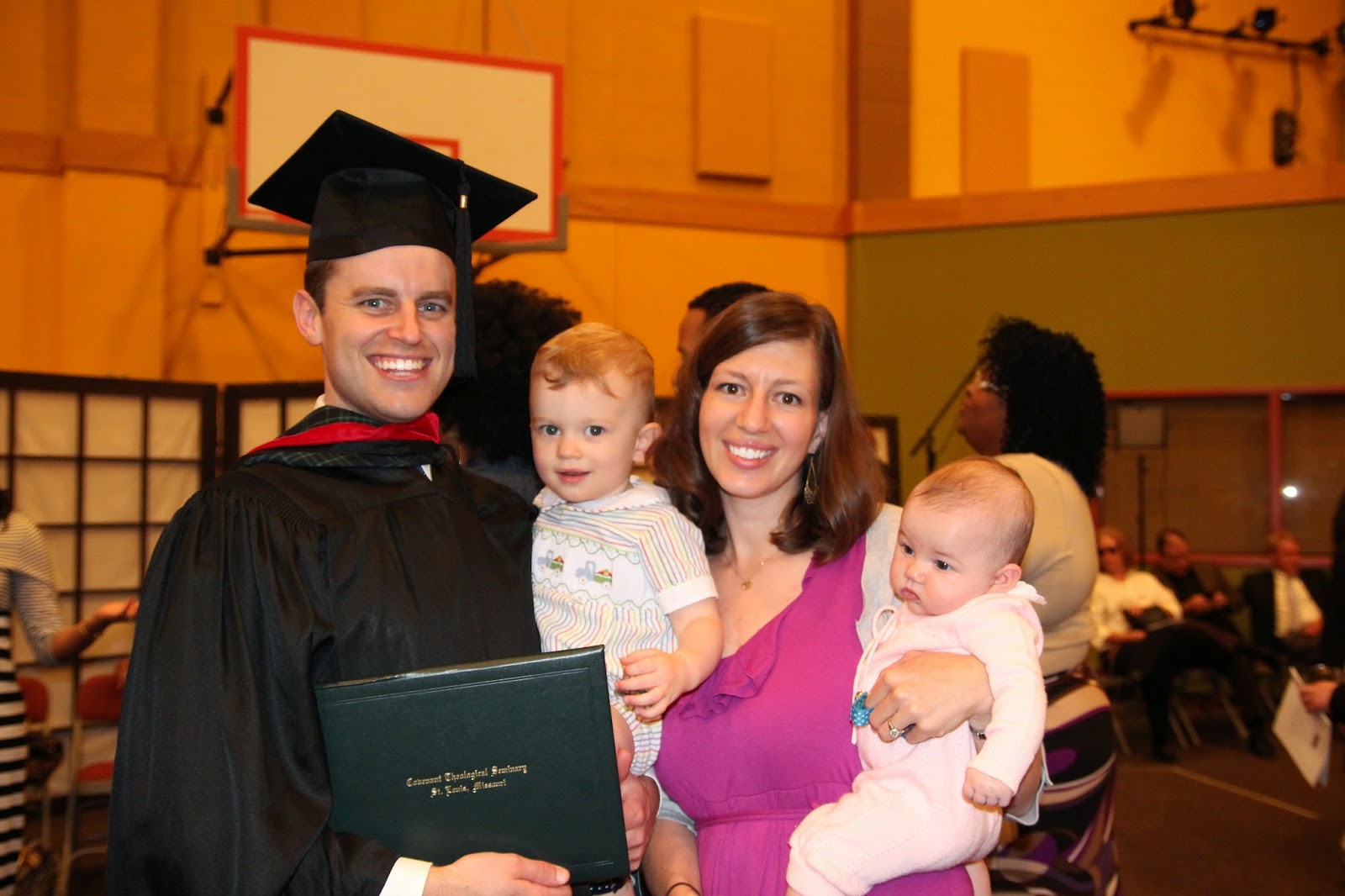 The graduation timeline looked like this: baccalaureate at 7pm Thursday {where Tom was asked to speak!}. Graduation 7 pm Friday. Graduation party at 4:30 Saturday. Simon's birthday on Sunday. All this to say - Simon was a total wild-child at graduation on Friday night. I've never seen him as wild as that night; I pretended that I didn't know him. It was the second night in a row that he was awake past 11pm! He was a nut-case. 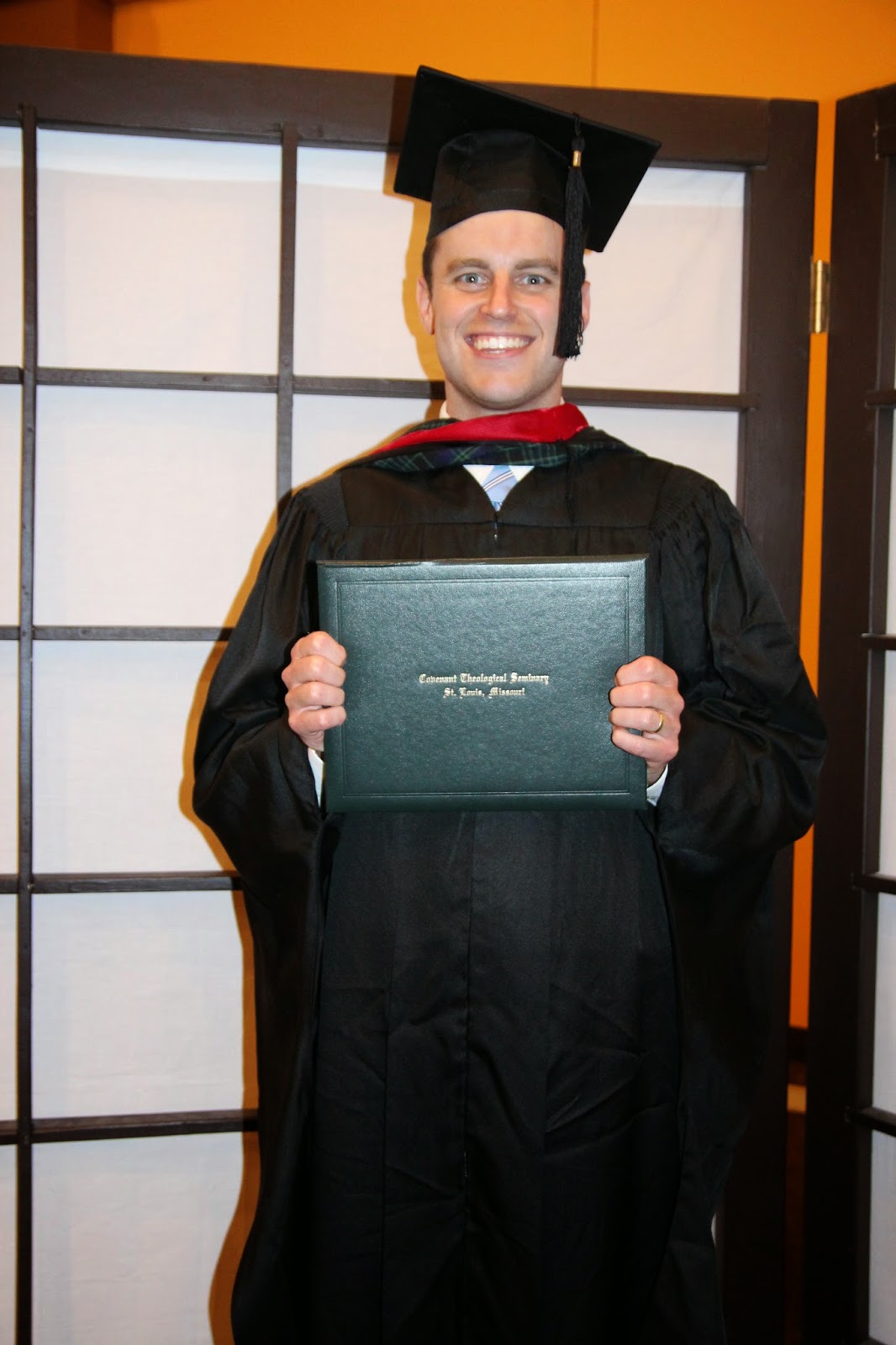 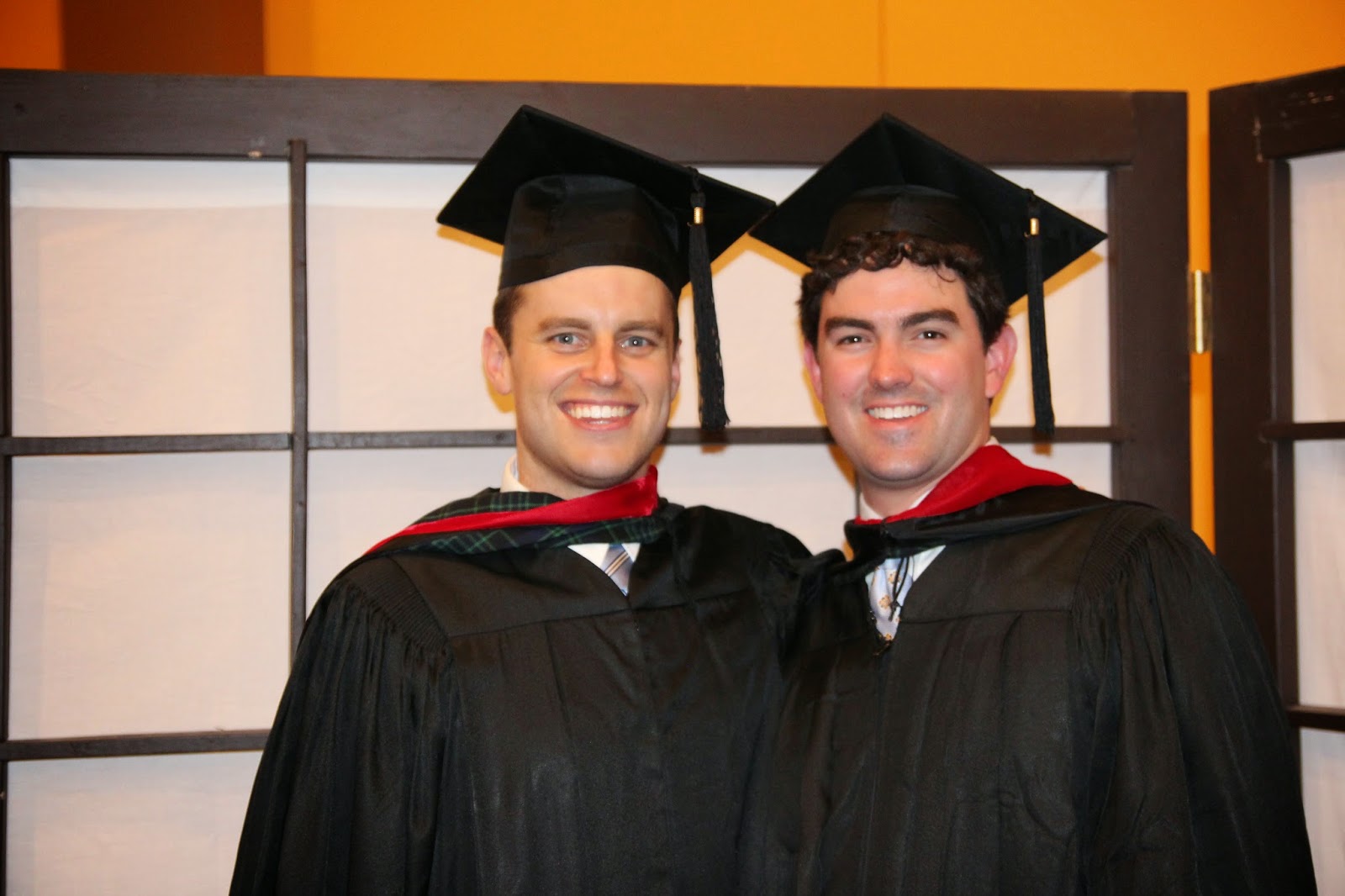 Tom and our good friend Hace. 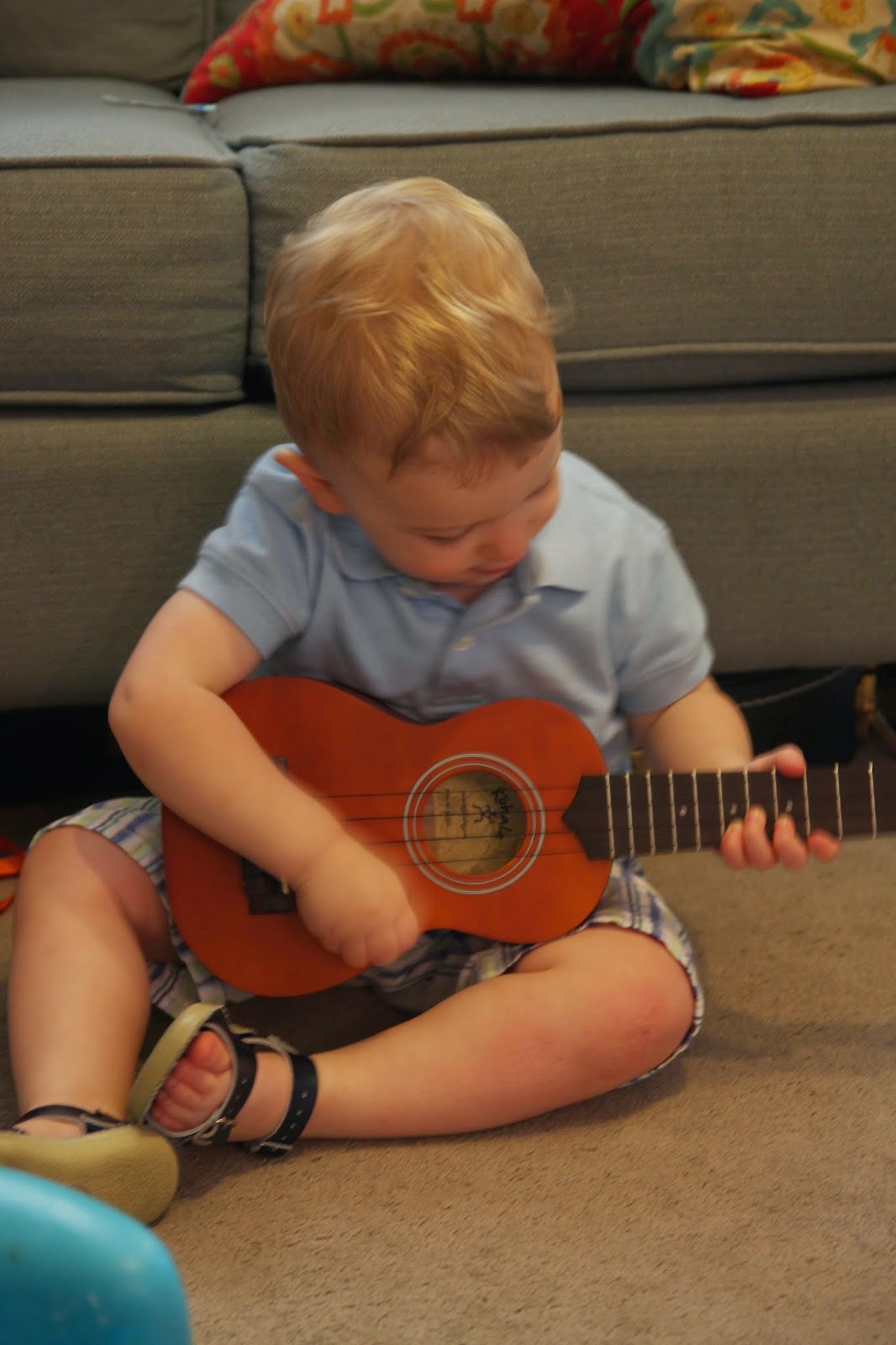 In our efforts to manage stuff coming into our house and also our kids from having too many things - we decided to just buy 1 gift for birthdays. Simon received a ukelele, aka 'guitar' for his birthday. He has enjoyed it thoroughly.

We had about a week to fully pack up our house from the time of graduation till when we loaded our moving truck. It just so happened that smack in the middle of that week Tom and I BOTH woke up in the middle of the night with a stomach bug - with 1 bathroom in the house and 2 kids two and under who needed care. Everyone who we could ask to help either had kids of their own, were working, pregnant, or getting ready to move themselves......I couldn't live with myself if I infected other folks for the sake of some help. All that to say - it was one of the worst 12 hour period of. my. life. Awful. Wouldn't wish that on my worst enemy.

In all honesty - St. Louis feels like a distant memory even though we've only been away for 2 months. It was such a stressful/difficult time that this new phase of life has been an instant, refreshing relief. We've left St. Louis and brought with us life-long friendships and some memories {and a degree}.

I will miss my "mom" friends - who were also my church friends. I will greatly miss this group because it's the group of friends in which I became a mother. 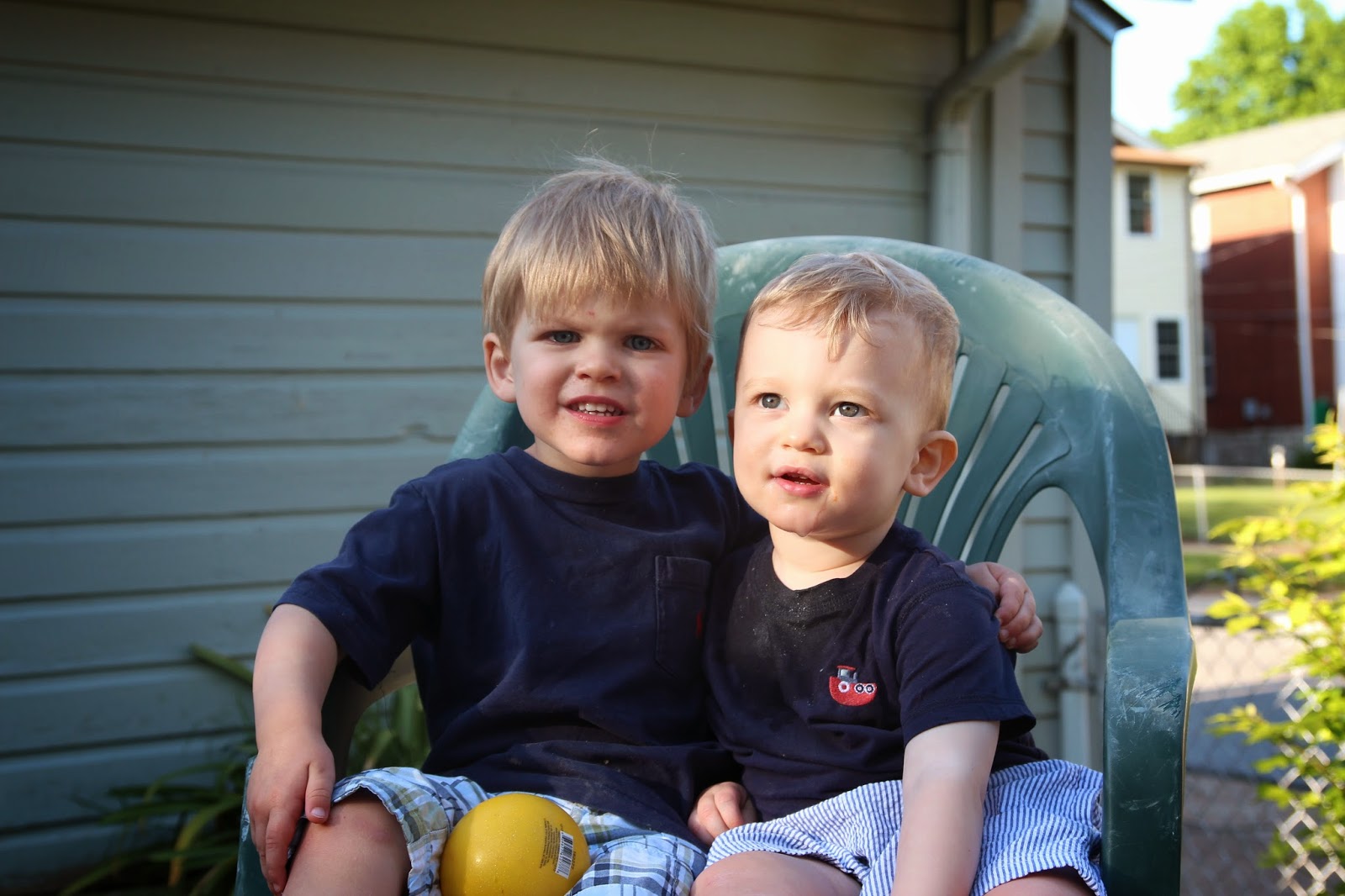 I'll miss my fellow seminary-wife friends who were able to fully relate to being a suga-mama while our husbands are in school. These friends walked along side us as we became parents - would not have been able to make it without these friends who were always willing to accommodate us and our chillins {Cargos and Duncans}. 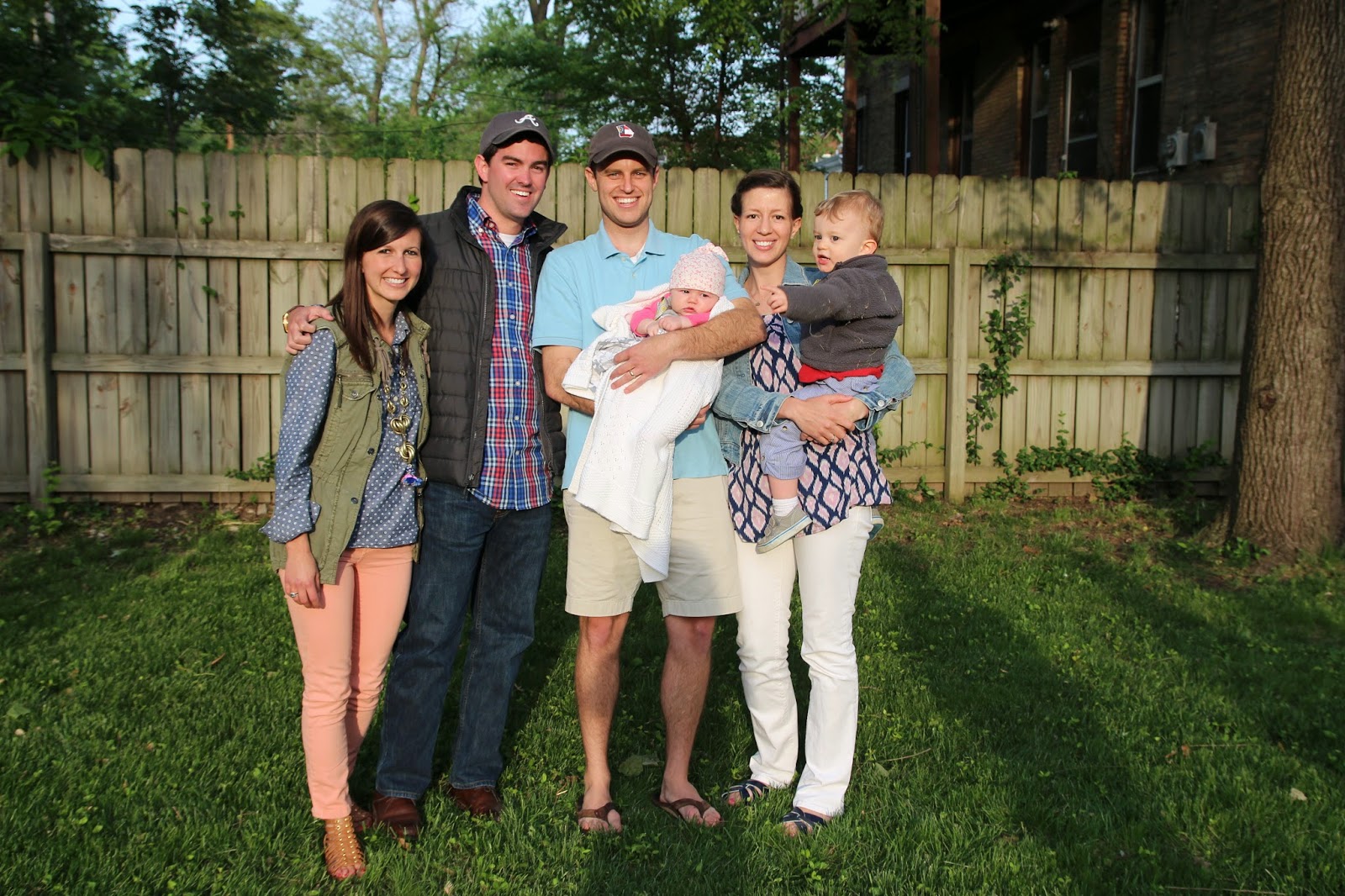 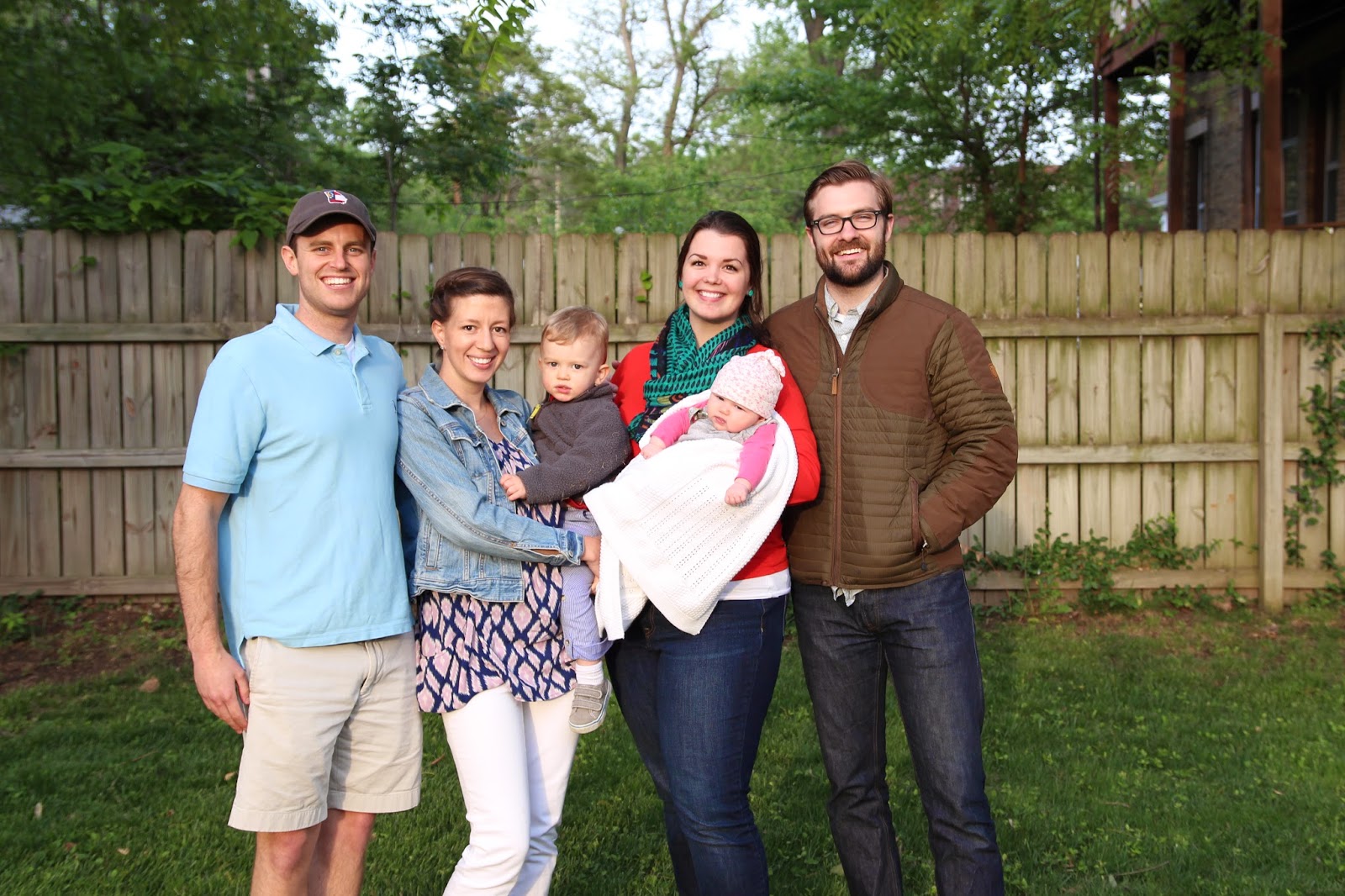 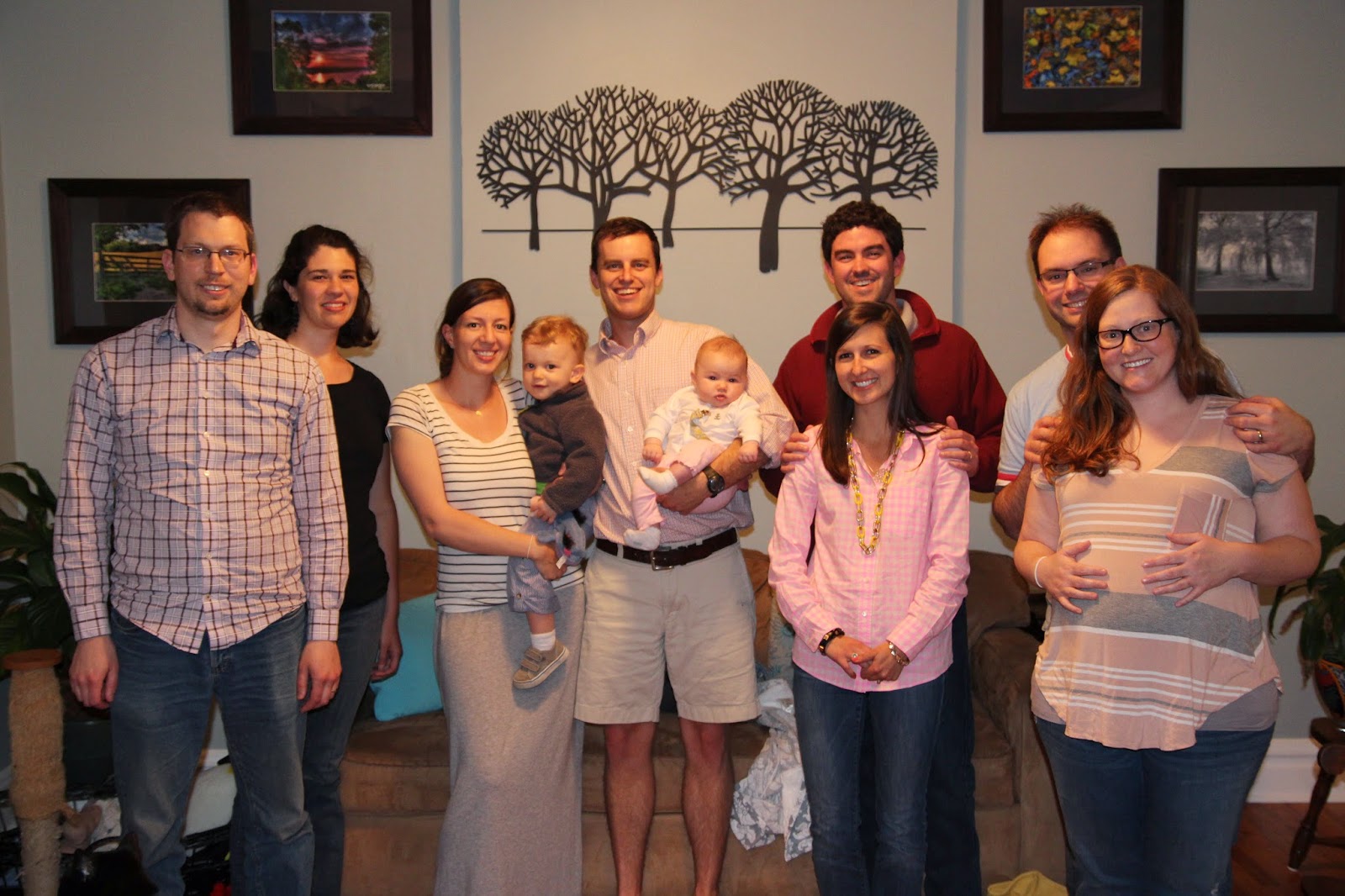 And I'll miss the Woods as they were a big part of my life in St. Louis. I don't have a photo with them. :(

In each place that we've lived we leave a little more heart broken because we have to leave people we love and were in community with. North Carolina is our 3rd state in 5 years {my 5th in 7} and it is difficult to pack up and move each time. We rarely miss the physical place that we live in and I've learned that we only love a place because of the people we know. It's hard to make friends again and again - but we know the value of community, rich Christian community, and so we're in a season again of making friends - sharing our lives and making an effort to get to know others. It helps that we've moved to NC without an expiration date; we don't know how long we're here: could be 3 years, could be 10, could be forever.....so it helps us to make an effort sooner than later to create community here.
at 5:48 AM