VBAC: A friend's experience with a c-section and natural birth

While I'm finishing my Doula post, I wanted to share my friend Kristal Yancie's birth experiences; she kindly wrote it out for me. She had a successful VBAC {vaginal birth after cesarean} with her second pregnancy, and I'm thankful that she's sharing her experience as an encouragement to anyone who'd want to try a VBAC after a c-section.
* * * * *
The pregnancy test read positive.

I was supposed to run in the other room and SCREAM the good news to my husband while jumping up and down and twirling like a little girl (cause that's my personality)! Instead I sat on the toilet, test in hand, with tears dripping on my bare thighs. These tears were full of emotion, mainly fear. Fear because my first birth was traumatic. The way it went down left more than just a bikini line scar... 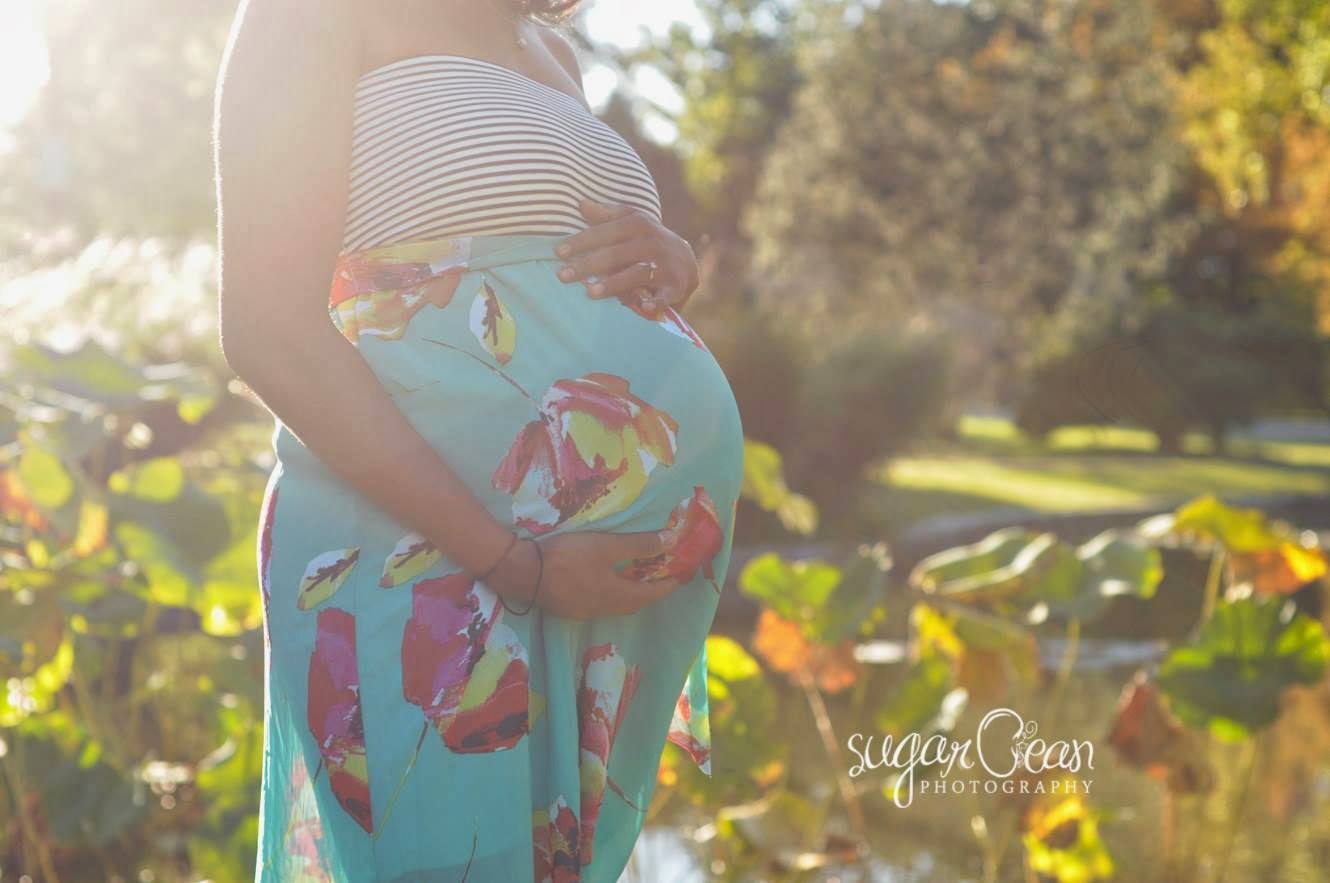 While walking the isles of Target, my water broke. It was our intention to get this labor started, so with bags packed in the car, the hubs and I headed to the hospital. When I got there, I was only dilated about 2-3 cm and the contractions weren't really consistent. I sat on the exercise ball, walked the halls, even tried a little nipple stimulation to get my labor going and nothing really worked. Though the contractions were painful, they weren't really being productive. I elected not to get an epidural because I wanted a natural birth and the nurses kind of looked at me sideways when I stuck to my decision. After 20 hours of this, the nurse said that I really should try pitocin. She pushed so much that I told her to call my doctor and see what he thought. She came back into the room and said that he gave the go ahead. I had actually changed to this doctor at about 28 weeks because the doctor I had before was clearly not supportive in my wanting to take the natural approach.

This new doctor knew how important this was to me, so when he "recommended" the pitocin at this point in the game, I trusted him. Anyway, so after 6 hours on pitocin with no epidural, another nurse said that I would really benefit from some rest and that the epidural could give me that. I finally gave in and cried like a baby as I felt something shoot down my right leg when they injected that big needle in my spine. All of a sudden I no longer felt any pain and while truthfully it was a relief, I was so disappointed cause I wanted to feel.

So I fell asleep and not long after, I woke up to a nurse quickly throwing a mask over my nose and mouth and 3 other nurses flipping me over like a pancake - with record speed. What was going on??? They told me that the baby wasn't doing so well with the epidural and his heart rate was really dropping. Next, they handed me the bedroom phone and on the other end my doctor said that he knows this isn't what I wanted, but at this point we need to get the baby out as soon as we can, so he was on his way to perform the surgery (aka c-section). My husband and I were in tears. How did we get here?

I don't remember much of the surgery because the affects of the epidural made me really loopy. I do remember telling the nurse to take my baby because I didn't feel safe in my condition. I couldn't stop shaking and I felt like a teenager that just got high for the first time. Didn't want to meet my baby like this. Two of my really good friends were there to help put my little one to breast because I couldn't hold my arms up.

My doctor came in the next day and said he was confused by my wanting the pitocin because he thought i wanted to go natural. When I told him the nurse told me he thought it was the best thing, he said "No I didn't say that, I actually wish you would have called me before you went to the hospital because I probably would have told you to come see me first and then sent you home to labor more at home. I don't think you were ready."

Recovery was hell. I could barely stand up straight and couldn't do normal activities for months. In fact, my scar is still tender to this day (2 years later). This event that was supposed to be one of the most glorious times in my life was very, very sad. Yes, I'm I grateful that my child is here and healthy (and please don't say that to someone who just had a c-section), and am thankful for doctors and medicine, but that wasn't how it was supposed to be. I can say that because of my 2nd birth experience. 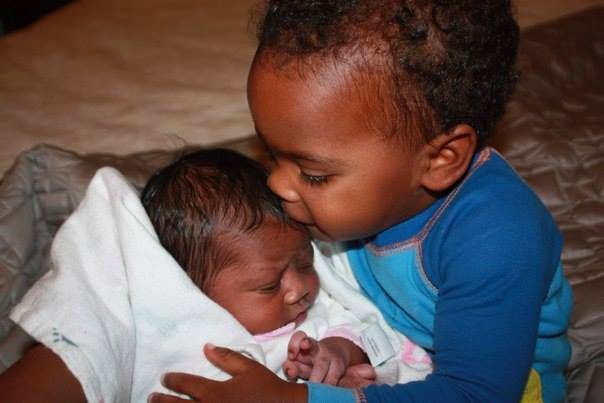 What happened before was not going to happen again. I did some research, watched the documentary The Business of Being Born, talked to some friends and was determined to have a different experience. One major difference the second time around was that I had a doula. I can't put into words how helpful she was. Even before I went into labor, I had a peace that I didn't have before. This time I was going to trust my body and let it do what God created it to do. This led to a completely different birth story...

On her due date at 5am I began having painful contractions. I texted my doula at about 6:30 to give her the heads up that active labor had started. At around 7:30 I called my doctor's office (another new doctor), and they instructed me to go to the hospital right away. I decided not to rush and instead went and ran some bath water. Being in the water was so soothing and helped with the pain of the contractions. While I was in the tub, my doula came to check on me. She timed my contractions and said that I was progressing pretty quickly and that we should get to the hospital.

I got dressed (still taking my time), and we headed out the door. I was ready to go and bring this baby into the world! We got to the hospital and my husband asked if I wanted him to let me out at the door and I told him to just go and find a parking spot cause I’m not in a hurry. We parked in the back of the lot and the lady next to us said “You know you can drop her off at the front?!” She clearly saw that I was in pain. He told her that I refused it and wanted to walk. The contractions were still painful, but walking through them was helping too. We got to triage, and the nurse asked what my pain level was from 1-10. I told her about a 7 and after checking me, she said that I was dilated about 5-6cm and I was doing well. By this time it’s almost 10am and they sent me up to my room, which didn’t have a tub like I thought it would. It did have a shower though with 3 jets, so after all of the paperwork and crazy questions they asked (including the paper that you have to sign just in case you change your mind and decide you want the epidural - crazy), I labored in the shower.

The nurses were all getting so wet trying to keep the monitors on my belly, but I didn’t care cause the water felt really good. Laboring standing up was really helpful too because Pearl was descending pretty rapidly. The nurse said that if I felt the urge to push I needed to let her know because I needed to get in the bed and not deliver in the shower. I kind of ignored her instructions and she could tell that I was getting close to transition as my moans changed. She said, “After this next one, let’s move to the bed.” 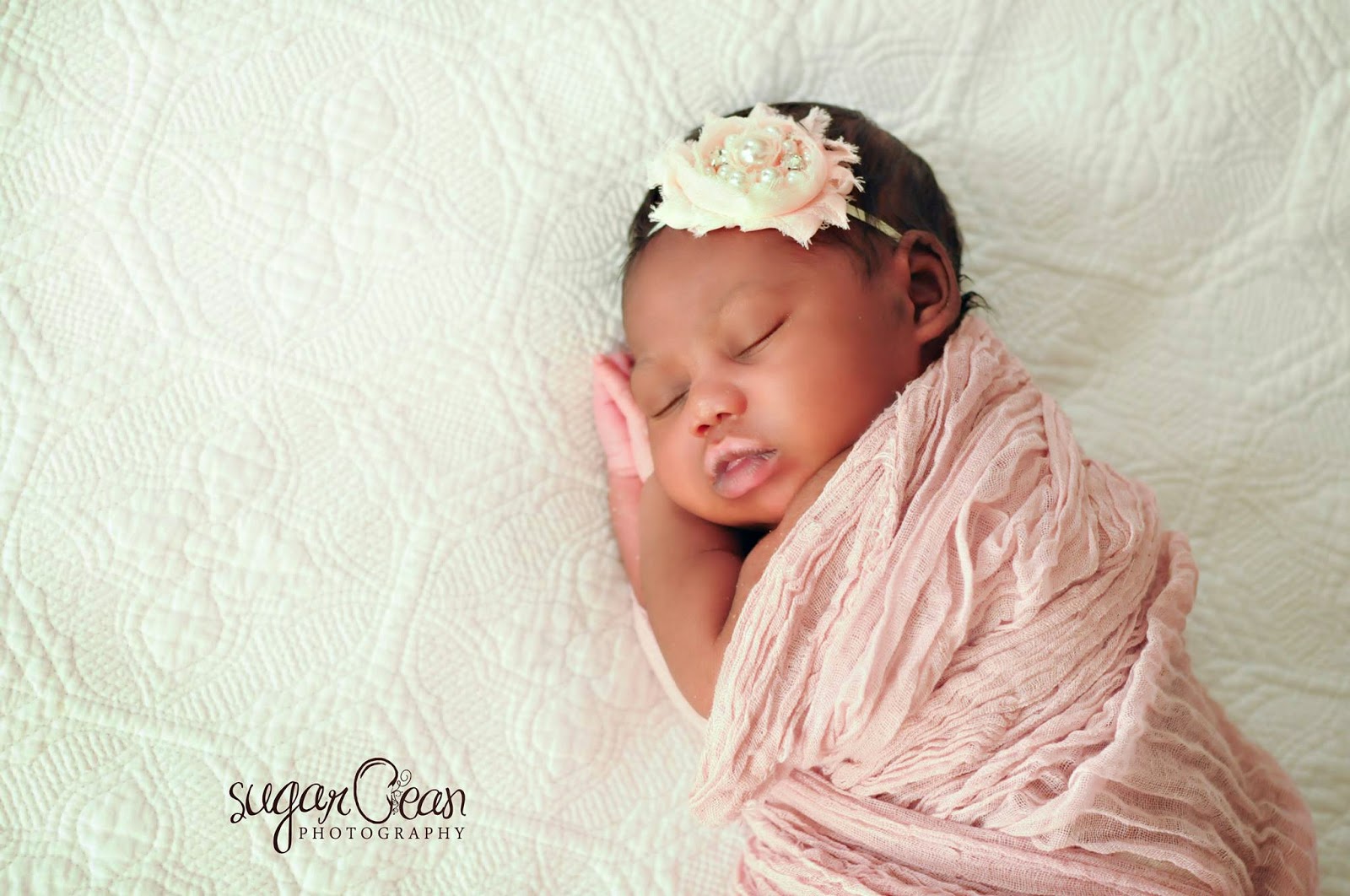 We moved to the bed and I was on all fours when the next contraction came. The nurse was holding the baby in because I wasn’t in the "right position" and the Dr. hadn’t made it yet. The nurse said, “Ok, now you need to get on your back.” I ended up more in a squatting position leaning against the back of the bed when the next one came and I started to push. They were ALL (there were a bunch of nurses and doctors I had never seen that showed up) yelling at me to lay down and PUSH! Seconds later (at 12:11pm) Pearl was born IN THE AMNIOTIC SAC - because my water never broke! We found out that only 1 in 80,000 births happen that way and because of that we have a special child. We know better - she’s special anyway :-). We didn’t take pictures and we're kicking ourselves because of it. It was amazing. Recovery was super fast. Just days later I was up and ready to go.

* * * * *
I remember how heart broken Kristal was after her c-section; my heart hurt for her as she told a friend and me about her experience. I also remember running into her at the drs office just a few weeks after Pearl was born {we had the same doctor}, and she told me about her VBAC. The word she kept repeating was redemptive to explain Pearl's birth, and she talked about how relieved she was able to have the birth she'd wanted the second time around.