How are we doing?

I think we're doing ok as a family of 4 so far. With family visiting, we really haven't had but a few days to function without external help. I'd say we're surviving, but not quite thriving just yet. Today is the 4th day I'm attempting to finish this post.

Simon had pink eye last week and yesterday morning I asked Tom if it looked like I had pink eye- he said he didn't think so. I said, maybe I just have tired mom eye. The littlest Hart is sleeping about 3 hours inbetween feedings - so by the time I've nursed her, burped, changed her diaper, and swaddled I have about 2 hours to hit a REM cycle - and y'all, that just isn't happening very often. She's given me two four hour stretches - so we might be turning a corner. 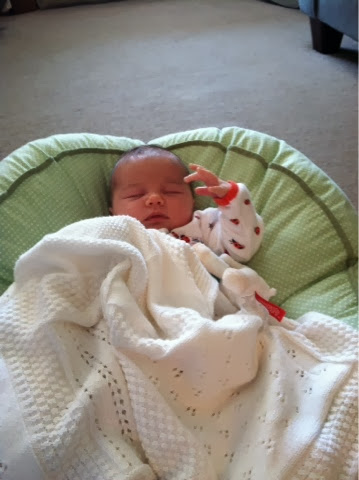 The Little Harts are doing well overall. Simon has major cabin fever and just wants to 'go walk' all the time - too bad it's been below freezing most days this winter & I've tried to keep Ragan out of big public areas because we're at the height of flu season. He blows his sissy kisses every now and then, but other than that he doesn't mind her too much at this point. I've had to implement a time-out for rotten behavior recently; I believe we've gotten to the point of active parenting. My friend Bethany posted this clip {see link at end of post} by Paul Tripp about Christian parenting that I needed at just the time I watched it-for my own sanity and also in view of parenting. For one- I needed to be reminded that The Lord goes before me in everything and I can only function and love these little ones (and Tom) because of the grace God gives/has given me. I needed to hear that because a low level of patience is accompanying my tiredness. Secondly- it was a reminder that I am not to be a "sin-sniffer," but as a parent, I get the privilege of showing grace to Simon (and eventually Ragan) because of the grace I've been given. I cannot change his sinful nature or expect that he turns out to be a perfect human/adult, my job as his mama is to lead him to Jesus, daily. Thankfully he's made that pretty easy as he's just a fun little kid to be around. 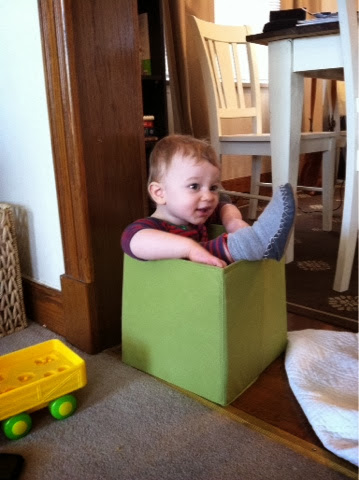 Ragan sleeps all day long and I'm ready for her to perk up a bit even though all her day sleeping has made this transition easier. During her first week I thought that she might have a milk allergy, but I think she was just still figuring out which side is up in this new world. And I was being a bit dramatic- thank you hormones and tiredness. We have a rough night every now and then, but for the most part she goes straight to sleep after she's been fed. 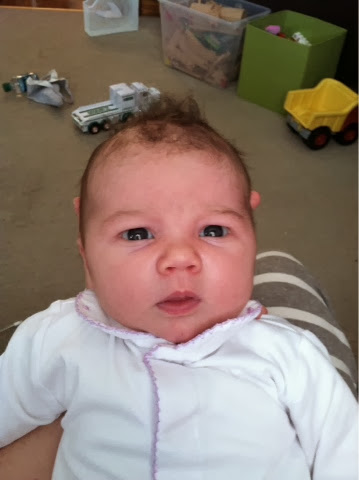 (She always looks so concerned)

Agnes is still depressed. City living, snowy conditions, freezing temps, and now 2 children who have moved ahead of her on the totem pole has taken it's toll on her- and her "beard" just keeps getting grayer. Little does she know that in about 3 months we're moving to warmer temps, will hopefully have an outside yard, and life might just be good again for her.

Tom is still our on-site juggler with everything he's trying to do. Finish his last semester, be a parent, be a husband, find a place to live, play with Agnes, study for ordination exams, and start thinking about raising support.

So, we're busy, but we're hanging in there. I think it's taking a while for me to feel like we're in our new normal because of how tired I've been, but I know that the sleep will come. I'm really thankful to not be working at the moment as I have no idea how I would be able to juggle that as well.