If you don't already have a Nosefrida, add it to your Christmas list immediately. I've been bulbing it like most mamas for a year and a half and am a new convert who will never use a bulb again. 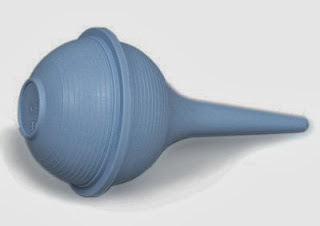 My mom came to visit a few months ago, and we were strolling through Buy Buy Baby because I needed some maternity wear. She just really wanted to buy something for me/the babes - so I picked up a Nosefrida because it's been something I've wanted to try but have been reluctant to spend money on {even though it's like 15 bucks}. 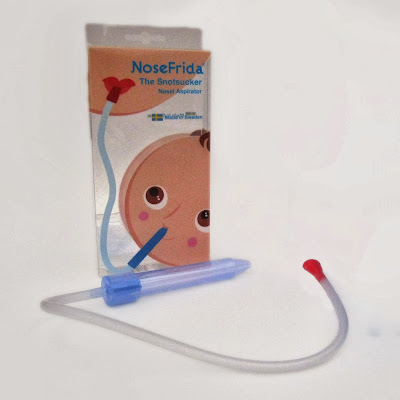 To say it's a product I like would be an understatement. This is going on the top of my list of items I'd recommend for mamas. Toss that bulb because #1: It's ineffective - who knows if you're ever really getting anything out and #2: It's gross - ever notice that what goes in there - just stays in there?

With the Frida you're able to actually see what gets suctioned out and then you can clean/sterilize it before the next use! I think people (mamas) are reluctant to use it because they think that they'll swallow in some snot during the process - but there's a filter - and even without the filter - it's basically impossible to suction any snot into your mouth.