There is something so captivating about watching snow fall.  It's right up there with watching waves crash onto the shore and fire burning.

I kind of regret staying up till 12:30 watching the snow fall - but then it's not really a regular occurrence  to see golf-sizeish snow flakes fall from the sky. It also didn't help that there was a cute little bunny hopping in the snow - it was the only being moving except for the occasional car.

Sunday morning we suited up and went outside. It was a rush to get the proper snow attire on - not really worrying about how we looked. Being warm was the only matter of importance. 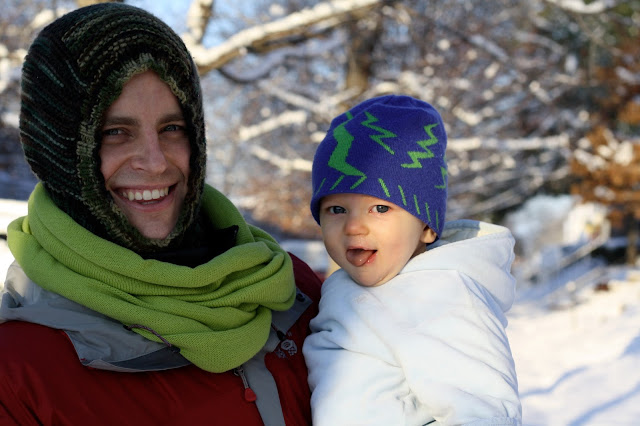 Why yes, yes, Tom is wearing my scarf. 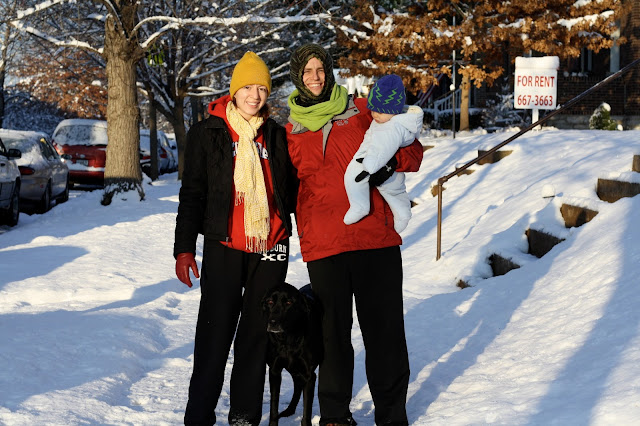 Luckily one of or neighbors was on his way to Mass; we flagged him down to take our photo. 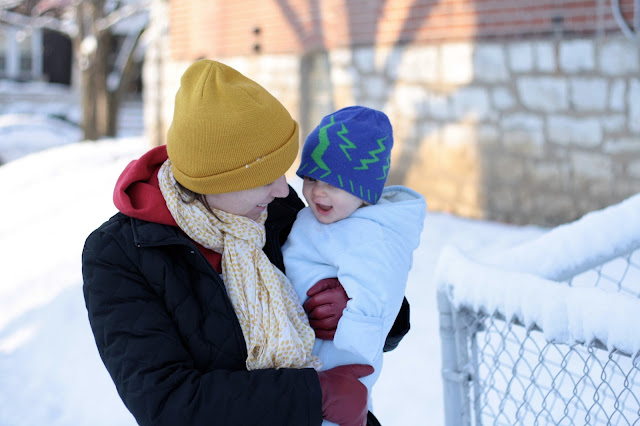 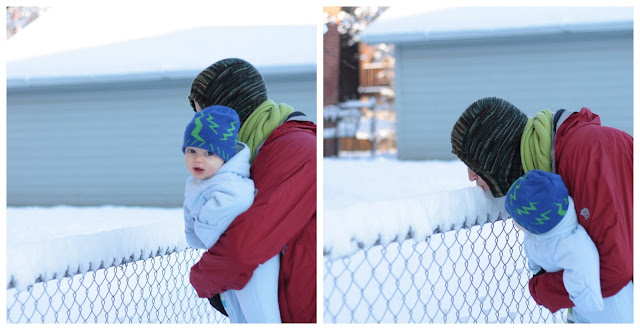 Simon's like, mama, do you see this, is this ok? 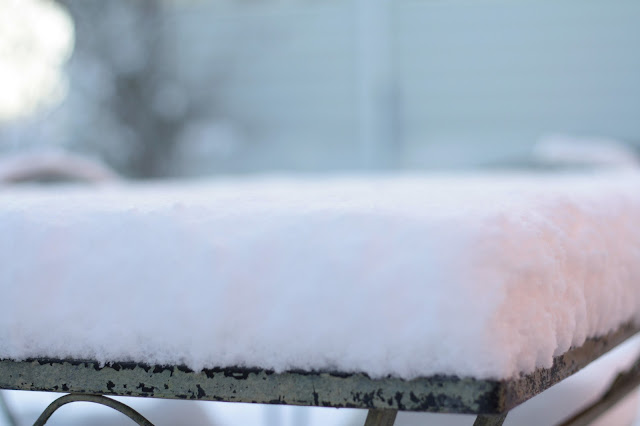 I suspect we had a good 3-4". This would have shut the south down for a few days. 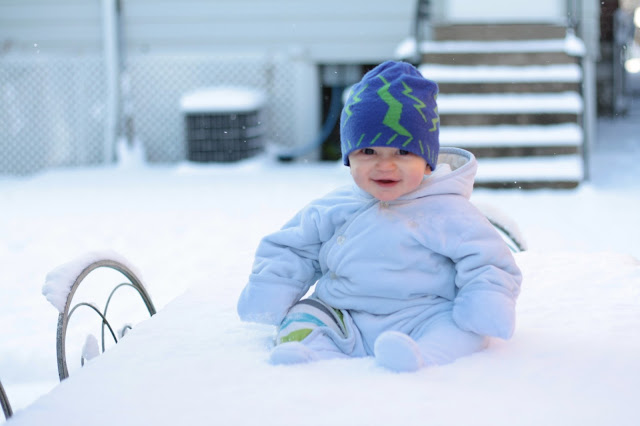 We figured, why not stick Simon smack dab on the middle of our table. Don't worry, we took him inside right after.

Simon wanted to taste the snow, but I think his little suit was keeping him from reaching it. 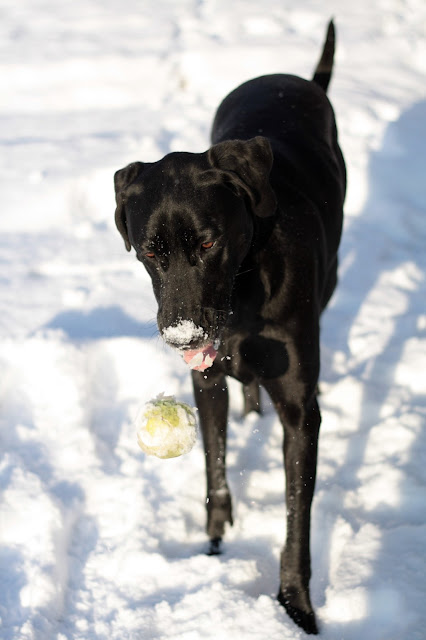 Agnes, without a doubt, enjoyed the snow more than any of us. 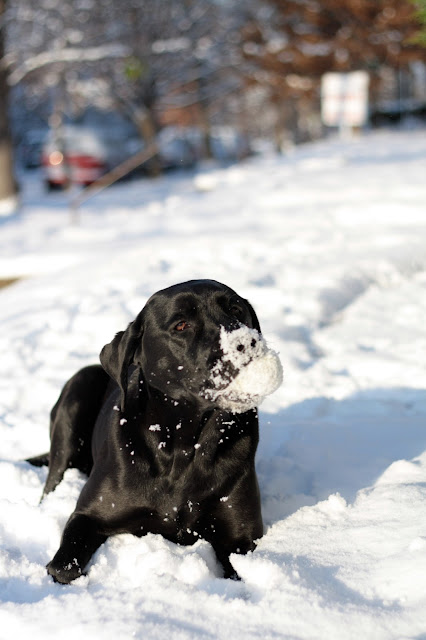 She's a natural. Maybe it's the contrast. 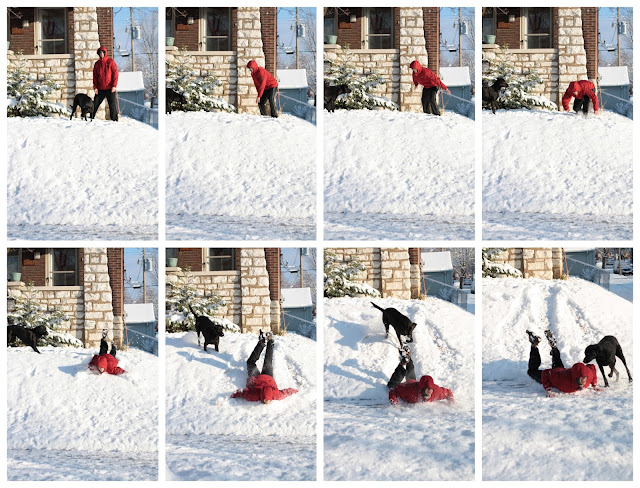 Tom took full advantage of the little hill outside of our house. It's one of those things where you're like, man, that looks fun, and cold. 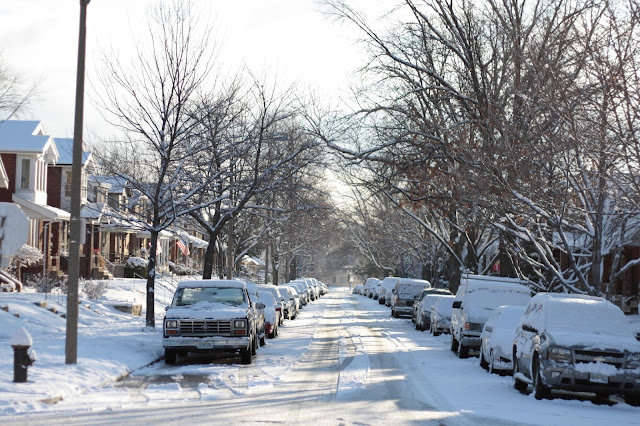