My parents were in for a short visit this past weekend. It's always good to see family up here in the north. Speaking of this northern state - did you know that Missouri is surrounded by eight states? No? Me either. But it is. Can you name them without looking at a map? {Answer to follow at end of post} 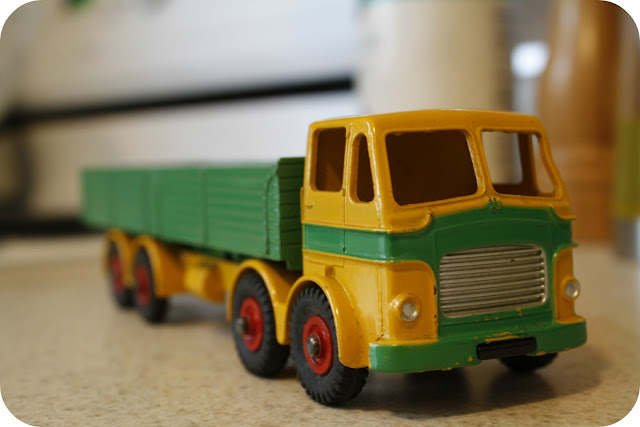 I speculate that my dad will be visiting us more often since he struck a deal on Saturday. Tom took him to one of the little toy shops here in the city, and low and behold, my dad came across some dinky toys. If you've visited my parents' house or know me well, you know that my dad collects dinky toys {circa 1930's - 1970's} - aka: little cars. To the average person, these might look like matchbox cars, but you should be corrected - they are not quite the same thing. You see, a matchbox car is worth, eeh, like $1.50 each {I don't know if they're collectable}. Most dinky toys are worth a little more than $1.50. My dad has been collecting these for forever. I remember being able to play with a few of them when I was younger. The cars that could open and close their doors were always the best - how else would my imaginary people enter the car? And if the trunk opened too - well that was just a bonus. We played for hours and hours with the cars. 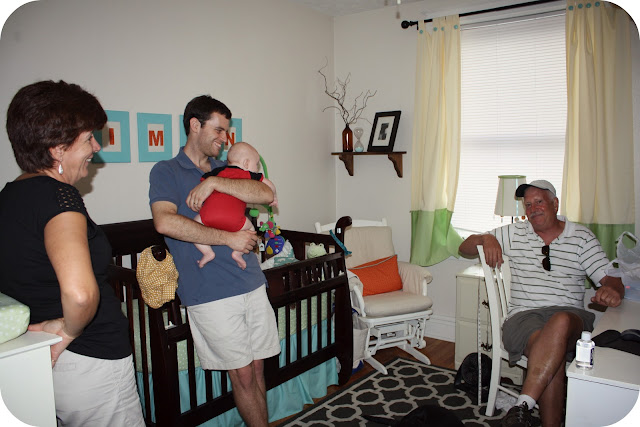 So Tom and my dad were at a little shop, and apparently the owner had just bought a set of dinky toys from a seller and this was the first day that the dinkys were on display. It's been a while since I've seen anyone so purely delighted in a purchase. It was like watching a little boy get a gun when he's been collecting bullets for years. I'm glad it happened here in St. Lou, and that I could watch my dad get so excited about something. 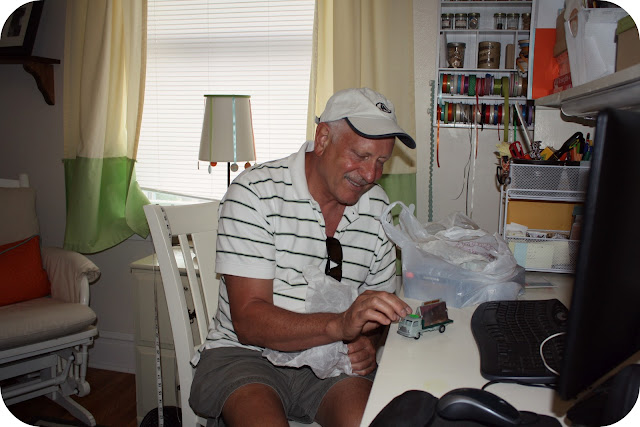 Not even Tom, who I consider to be a geographical genius, was able to guess the 8 states that surround The Show Me State. They are: Iowa, Illinois, Kentucky, Tennessee, Arkansas, Oklahoma, Kansas, & Nebraska.
at 9:56 AM