Whenever people come over to meet Simon, one of the first things they ask is how Agnes has adapted to having a brother. To be honest, it's not going well for her. She already didn't like city life, and now her life has taken a turn for the worst since she's lost her spot as only child {come on over to see what a depressed dog looks like}. I realized yesterday that her dumpster diving might have been a failed suicide attempt.

Agnes has been with us since we returned from our honeymoon. So for three years she has been our only child. While she hasn't shown much interest in little man, she does give strangers the sniff test when they're holding Simon {stranger = someone she hasn't met - doesn't mean they're strangers to us}. We've also noticed that she's become a bit more aggressive. I've heard growls and barks that I'd never heard before Simon moved in.

In time she too will adjust. I think once Simon does more than poop, sleep, and eat - they will become bosom buddies. Until then, she's asked me to post this for her: 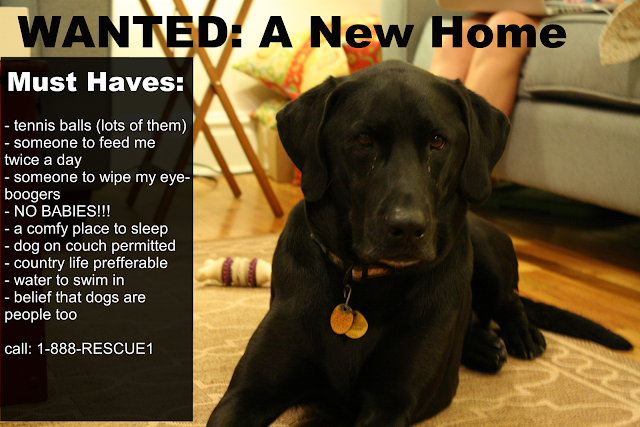