Tom and I decided to celebrate our 3 year anniversary {June 6th} via a picnic. This event was originally scheduled for Saturday night, but we decided to roam the mall instead of picnicing {well - we had intentions of doing both - and once we got to the mall realized that we were too old to stay out past 9}.

So on Sunday we were going to go to Local Harvest after church so that I could devour one of their delicious stuffed French toast, but with a crying babe in the car seat, we decided a picnic might be a better suited activity.

Tom and I take forever to pack, for anything. And we over pack. I'm pretty sure I've blogged about our packing issues before. So I had an idea - I'd stay in the car with little man while Tom ran into the house and threw picnic-y items in a basket to save time {otherwise we'd spend 2 hours to pack for a little picnic}. It worked out wonderfully, and I'd recommend this version of packing.

This is what our entourage looked like en route to picnic {of course our eldest daughter had to be in attendance as well}. 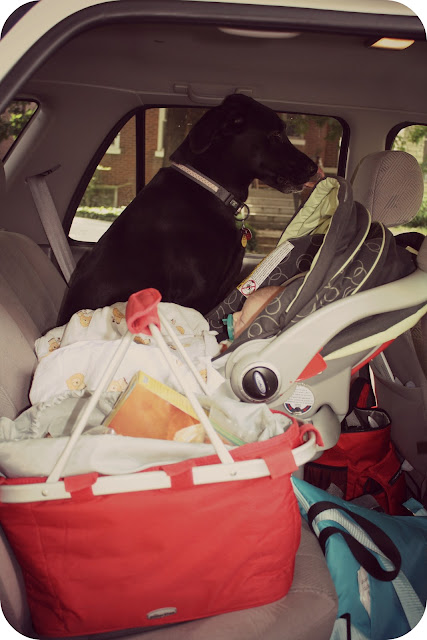 Tom was super excited that a celebratory event allowed him to buy some custom made Salami from a local butcher  {I know that many of you probably think Salami is gross}, but we like it. 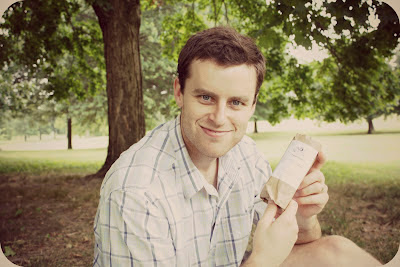 Agnes hates city life as you know - but she feels like a dog again when she's unleashed - out in the grass. 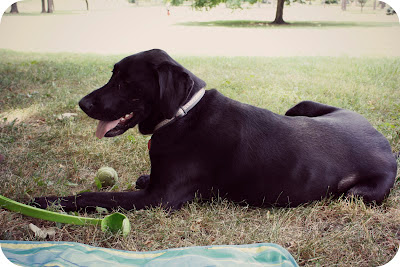 Our spread. Don't think we quite covered all of our food groups - well - actually, maybe we do {fruit, dairy, grain, meat - check}. 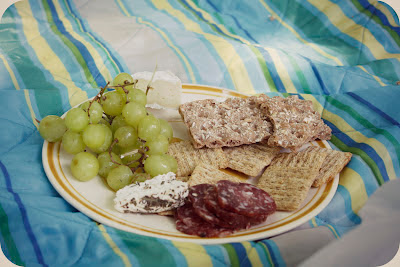 Photo of our spread. 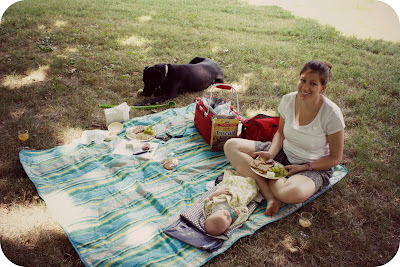 Simon on his make-shift picnic bed on his changing pad with the nursing cover as a blanket {we forgot that in the car}. He tee-teed on his clothes, so I did an emergency change - I'm glad I had an extra change of clothing in my diaper bag {note to self - make sure that change of clothes in bag actually fit little man - there's no way this teeny onesie was going to fits my growing boy}. 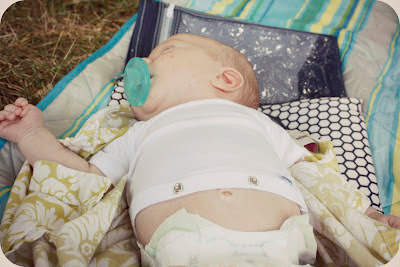 The next photo may make your stomach turn a little. On Friday night Tom was throwing the ball for Agnes in our alley {because it's against the law to have your dog off the leash - so we just do it secretly in the alley}. Well, little girl ran after the ball and dove into the dumpster while doing so. :( It was 12 at night and we didn't know whether to take her to the Vet ER for stitches or not. All of the vets we know {east and west coast} were asleep. So Tom just cleaned it out, and we were just going to wait till the morning when we could talk to Tom's dad to assess the situation. 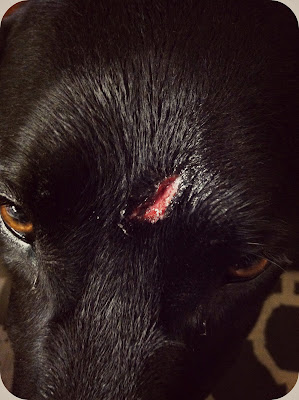 Stitches were not needed, just a little superglue and Neosporin {yeah - I didn't know that you could superglue a cut either - seems that you can}. Agnes is proudly displaying her Harry Potter scar - she was a champ through all her doctoring. 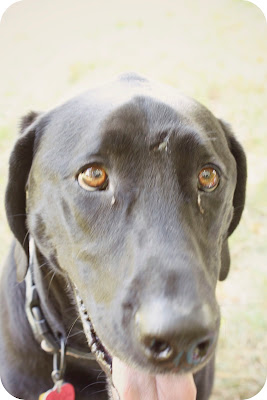