I am with child, and Poppie is due to arrive May 12th. For now it's just a black and white ginger-bread man. We decided to name the little embryo Poppie because when we first found out about this babe, it was only the size of a poppy seed. As a member of my body, it deserved a name. People are speculating that Poppie is the name that will stick, but I assure you, we are not naming our first born Poppie. 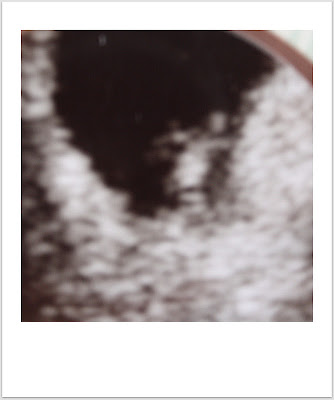 We had a feeling that we might be pregnant, but the pregnancy test said negative. For some reason though, the weekend of Labor Day, I was having some funny stomach feelings that I'd never felt before, and they weren't just normal cramps. On Labor Day, we decided to take another test after we were pretty sure that we weren't pregnant, but that little plus sign doesn't lie {for those of you who don't know, you can have a false negative, but not a false positive}. When I showed Tom the test, his first response was, "Holy Shit." I don't think it was the type of 'holy shit' where it's like - I can't believe this is happening, it was the type of 'holy shit' - this is happening. 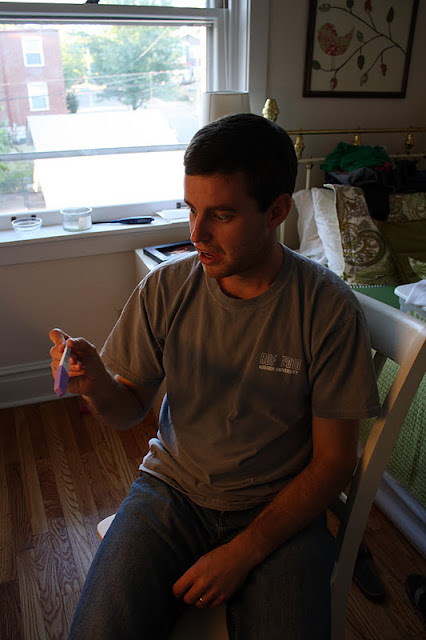 {this photo was staged}

We're super excited about this new addition to our family. I think each time we go to the doctor and each time we tell people about Poppie, it just becomes more real that in May we will have a little human living with us.
at 10:04 AM