You might have found it strange that I referred to our Christmas tree as a holiday bush in my last post  --- I'm just trying to be politically correct {PC}. Side-note before you read the rest: I know the two topics of conversation you're supposed to avoid in general are religion and politics; however, I'm way too bothered by this not to say anything.

Recently when I referred to the upcoming Christmas break at school, I was quickly corrected and told that it is the "winter break". It was implied that my sheltered life in the south wouldn't have allowed me to recognize that there are other religions out there and that I must be more sensitive in my religious speech. It bothers me that some religions can speak freely of their specific religious holidays, but I must refer to the Christmas break as a winter break. I don't want to offend anyone, so I'm officially referring to my Christmas tree as a holiday bush. 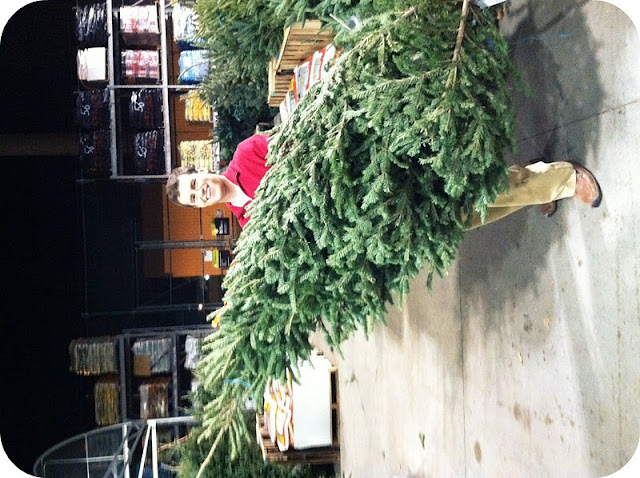 Anyways. Tom and I don't usually plan ahead on many things, but when it comes to our Christmas bush, we plan waaay ahead. We made Saturday night our date night to find the perfect bush and to decorate it. Sure it's not even Thanksgiving yet, but we wanted to have it up before Thanksgiving so that we didn't feel the rush to get it up afterwards and we get to enjoy it longer. And we had basically the first pick of the bushes. Success I tell you. If I could have a holiday bush up year round, I think I would. I love those twinkling lights. 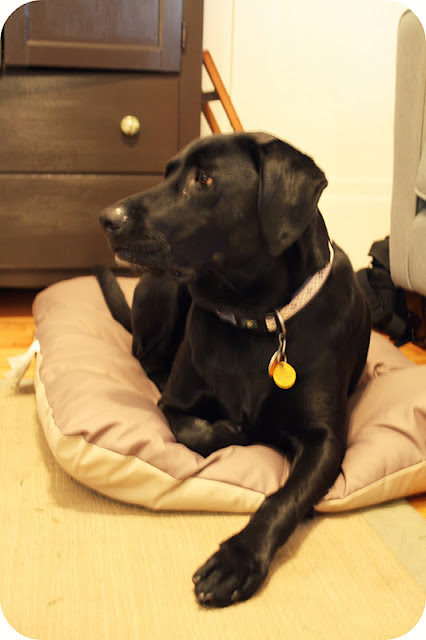 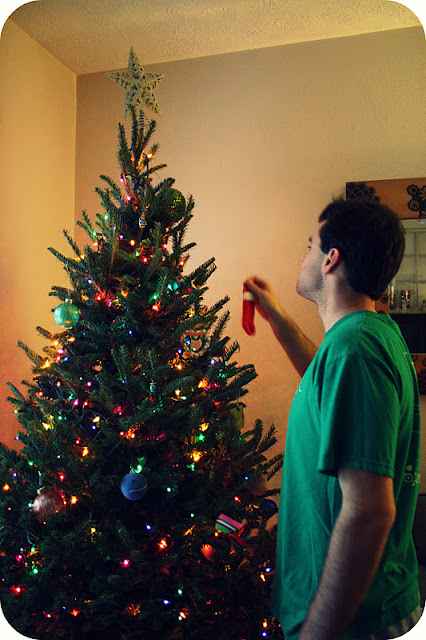 Tom was a trooper and strung the lights. Then we took turns ornamenting our bush. 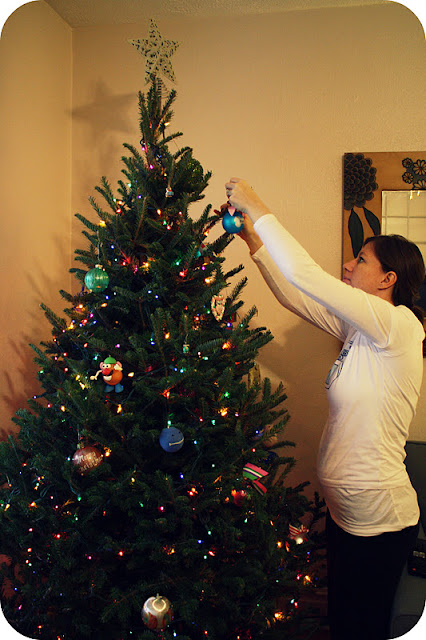 Here's a preview of my lil' bump. Someone at school told me today, "You're really popping out." I took it as a compliment. Crazy to think that I'm already 16 weeks through pregnancy. It's going by waaay too quickly.

If I don't talk to you again soon, I hope that you'll enjoy your Thanksgiving. I hope that you can spend it with people who you are thankful for.
at 7:50 PM