a matter of perspective 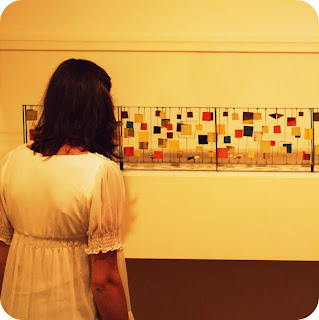 I've been humbled by the fact that I still do not have a teaching job. I've never struggled for anything before - generally if I want something, if I'm patient long enough and work hard enough - I get what I aim to get. I acquired my last teaching job within about 45 minutes of interviewing. I've contacted over 80 schools since January and having only 2 interviews {and one next Wednesday} - has been frustrating to say the least. I've questioned what I'm doing wrong, what is wrong with me, asked God what I've done wrong to "deserve" this.

I woke up this morning and realized that my woes are a matter of perspective. No one has had better perspective on suffering than Job in the Bible. He was left with basically nothing and still praised the Lord {I feel as if we all know the story - but have you actually read it? I try to stay clear of the Old Testament most of the time because I can't follow all those lineages and long king names - but this morning I actually read the beginning of Job.  I hope that I can have his type of faith}. We have everything we need. We are not living off of Ramen Noodles {not every day at least}, we are in good health; we desire nothing that we need.

My woes are a matter of perspective. I might not get the job that I want. I might not get to work with children at all or even teach which is what I was made to do - but the Lord cares about us. He will and has taken care of us. I don't quite know how it relates to how I've been feeling, but the verse that has stuck with me is Job 5:2 - {Resentment kills a fool, and envy slays the simple.} Maybe because I start to feel most inadequate when I begin to compare my life to others'. Why did they get a job - why do they have all of that - why is that so easy for them. It's all just a matter of perspective, and we have much to be thankful for.
at 12:35 PM