The last time we saw the Remingtons was when you saw them on here last. They were living in Jackson, Mississippi until last summer when they returned to Birmingham. Tom and I thought that it would be the perfect weekend to visit them since I don't have school on Monday (woohoo!).


We started the day off with lunch at Mr. P's  - it was a little drug store with a sandwich place combined. It reminded me of some places in Athens. Of course any respectable place in the state of Alabama WOULD  name sandwiches "The Tide" and "The Tiger." Of course. 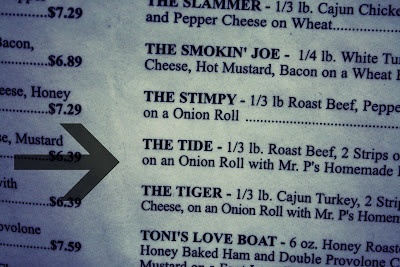 The boys then went to The Briary to stock up on some tabacco for their pipes, while Emily and I caught up on life. 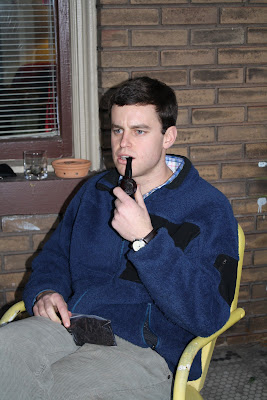 Here Emily and I are being "happily domestic" as we make some chili. 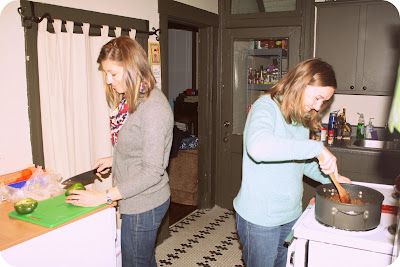 Comparing Notes. At least they're looking at books and not their phones... 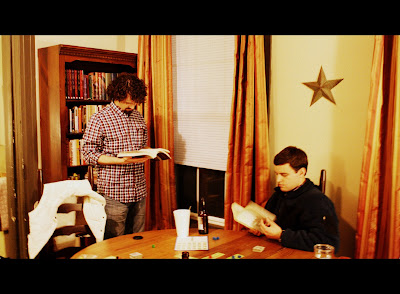 We played Carcassonne. I immediately thought that it would be such a boy-game - it actually was a lot of fun. It doesn't really matter who won - the point was to enjoy the game together (but fyi -  I DID win and Tom came in last place). 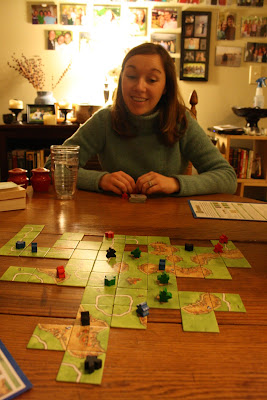 You place your "men" on farm land, they could be monks in a monastery, be  castle owners, or be  thieves and steal some roads. You gain points based on the land that you "own" or capture. 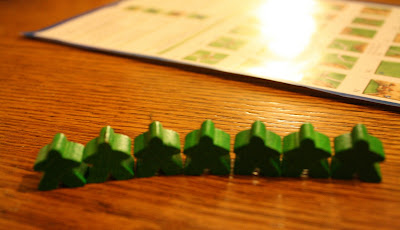 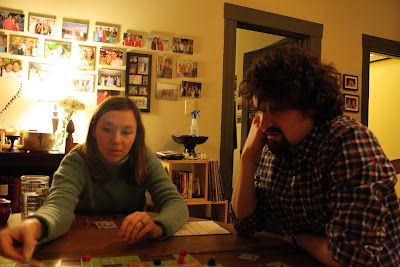 The delicious chili that was made - I believe it's Eric's mom's recipe. Emily made her mom's cornbread - Yankee cornbread is what it was called - it was rather scrumptious. 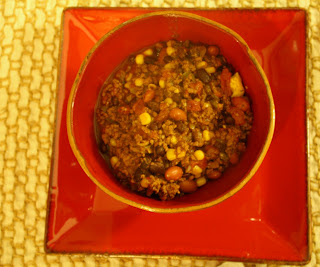 When I wanted to take a group portrait with the timer, I started placing the camera on the tv (it was just the right height you know) then Eric said - no, no - and found his tripod  (it was my first time -I think ever - using a tripod and it was awesome. A very enjoyable first time tripod use for sure). The posers were patient and allowed me to take a few shots before getting a photo that is frame-able. I was trying not to use the flash as that light can be rather obtrusive. 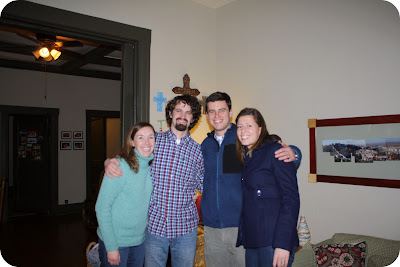 And let's not forget Eric and Emily's new son: Lenny. 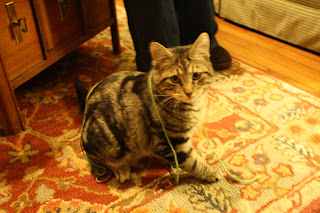 Next time we'll have to take Agnes; I have a feeling that she and Lenny would be fast friends.
at 12:37 PM