Not until tonight did I know that there was such a thing as an ambivert. We went to dinner with some friends - right now they're Auburn friends - but soon they will be seminary friends (woohoo for St. Lou). Somehow we started talking about introverts and extroverts. I didn't think I was either because I really do like hanging out with people - but I really love alone time too. When I'm by myself, I have time to process life. So when Tom and I came home - he went straight to his favorite website (other than the football blogs he reads) - Wikipedia. We looked at the difference between an introvert and extrovert and came across the definition of an ambivert - which I now am claiming to be. Here is the definition:

Although many people view being introverted or extroverted as a question with only two possible answers, most contemporary trait theories (e.g. the Big Five) measure levels of extroversion-introversion as part of a single, continuous dimension of personality, with some scores near one end, and others near the half-way mark.[8] Ambiversion is a term used to describe people who fall more or less directly in the middle and exhibit tendencies of both groups.[3][9] An ambivert is normally comfortable with groups and enjoys social interaction, but also relishes time alone and away from the crowd. 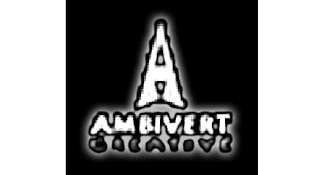 You can see which you are by going here: http://en.wikipedia.org/wiki/Extroversion_and_introversion#Ambiversion
at 10:17 PM