My car is in park, and I'm not going anywhere for the rest of the summer. It's been quite a tour across America. Well, we didn't really tour the entire U.S. of A., but it certainly feels like it. I did a rough estimation of the miles we traveled - this doesn't even include driving around in places - but we've driven at least 3,937 miles since the beginning of the summer. Tom mentioned at some point that he felt like a truck driver.


We left Agnes with Tom's parents when we went to St. Louis and then again when we went to Edisto with my parents and Charlotte, and we're going to have to go to family counseling to deal with her abandonment issues. 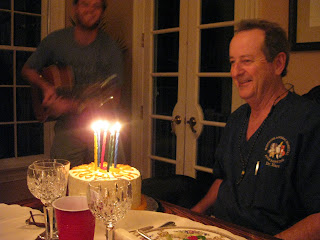 We left Auburn on the 25th to go to Albany to celebrate Tom's dad's birthday. We had a big time. Every family member was required to display some sort of talent for the birthday festival -  most of the talents included singing or playing the guitar. 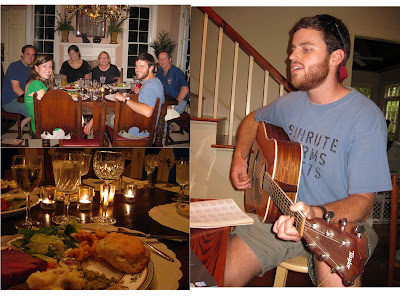 As I packed our car to continue our road trip, Agnes sat by the back seat car door, just waiting to get in - she'd already experienced being left when we drove to St. Lou. Our car was parked right in front of the Harts' front porch, and as we said our goodbyes, Agnes lay down in-between the car and the porch - she just knew that we were going to leave her once again. 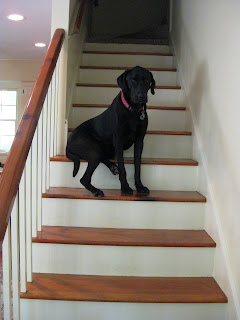 This is Agnes moping.

We headed to Edisto Beach in SC to enjoy some sun and shore with my family. While we were there we went to Charleston, went kayaking in a place where three rivers connect. Delwin, Lorine, and Jonathan fished in the ocean and caught many little sharks! Jonathan also caught a horse-shoe-crab! We played Apples to Apples, foozball, and I had my first attempts on the Wii. 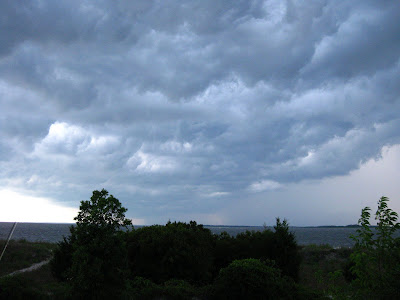 One day we were relaxing on the beach and this terrible storm came like a sky flood. There was a clear line between the bright blue sky and the black clouds. The photo above does not do the scene justice. 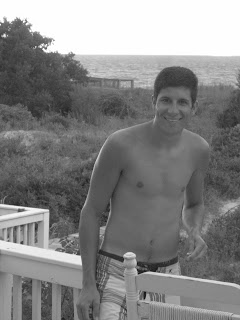 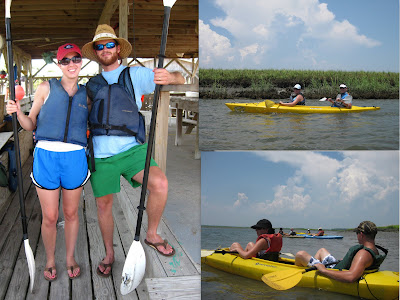 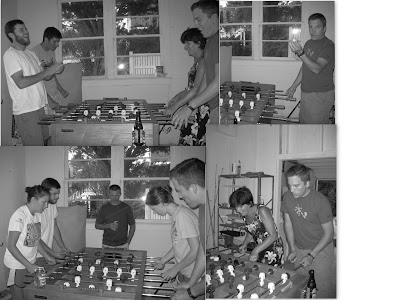 Here are some posed pictures from our visit to Charleston. 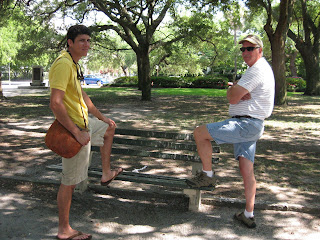 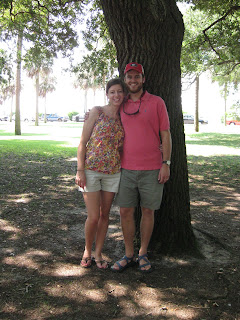 My hubs and I. 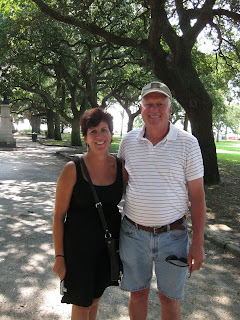 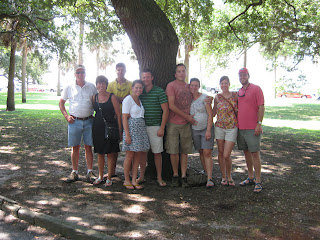 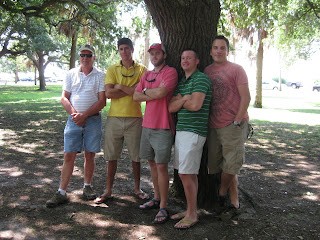 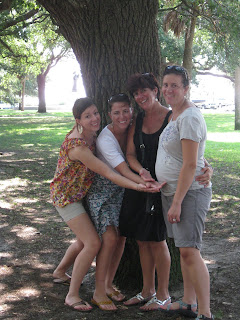 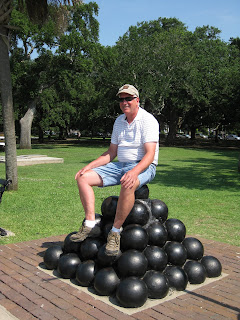 I'm only posting this picture because my dad said, "I got balls." 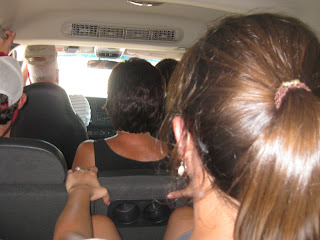 At some point we were ALL packed into the Darango - that's 8 adults in 1 car. This is the best possible angle I could take from my seat in the back. :)
After we went to the beach, we drove to Charlotte, NC to check out the seminary there. We decided that it's not the place for us.
We then returned to Americus to pick up our daughter and to spend the 4th of July with Tom's family. Below is a picture of a shrimp boil that was absolutely delicious. Tom is making one of many photogenic faces he likes to make every now and then; the next picture is of Tom's brother Hank and his wife Kimberly. 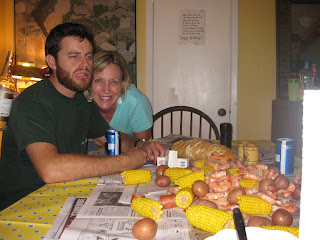 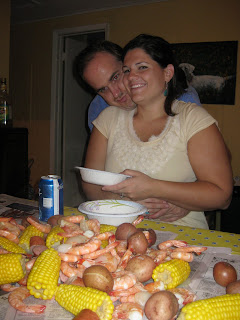